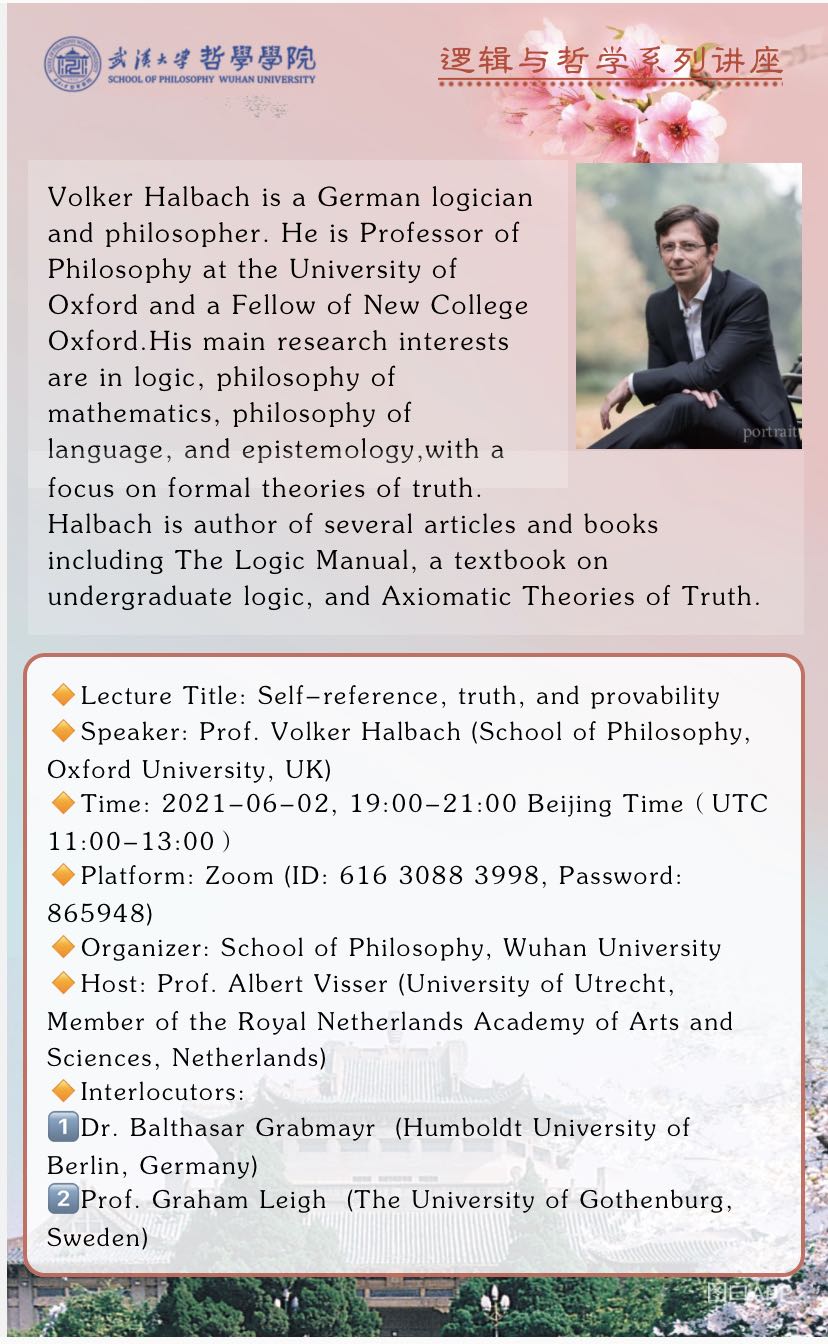 Philosophers have struggled for centuries with sentence that make claims about themselves such as the "liar sentence". The following is an example of a liar sentence: THE SENTENCE IN CAPITALS IS NOT TRUE.
The liar sentence is a threat to any theory of truth, and has been taken as evidence that the entire notion of truth and perhaps even realism have to be rejected. In the talk I will look at this and similar sentences. In particular, I will consider sentences that say about themselves that they are not provable (Gödel sentences) and sentences that say about themselves that they are true (truth teller sentences). I will look at consequences of the analysis of self-reference for the theory of truth and its paradoxes and for the Gödel incompleteness phenomena.