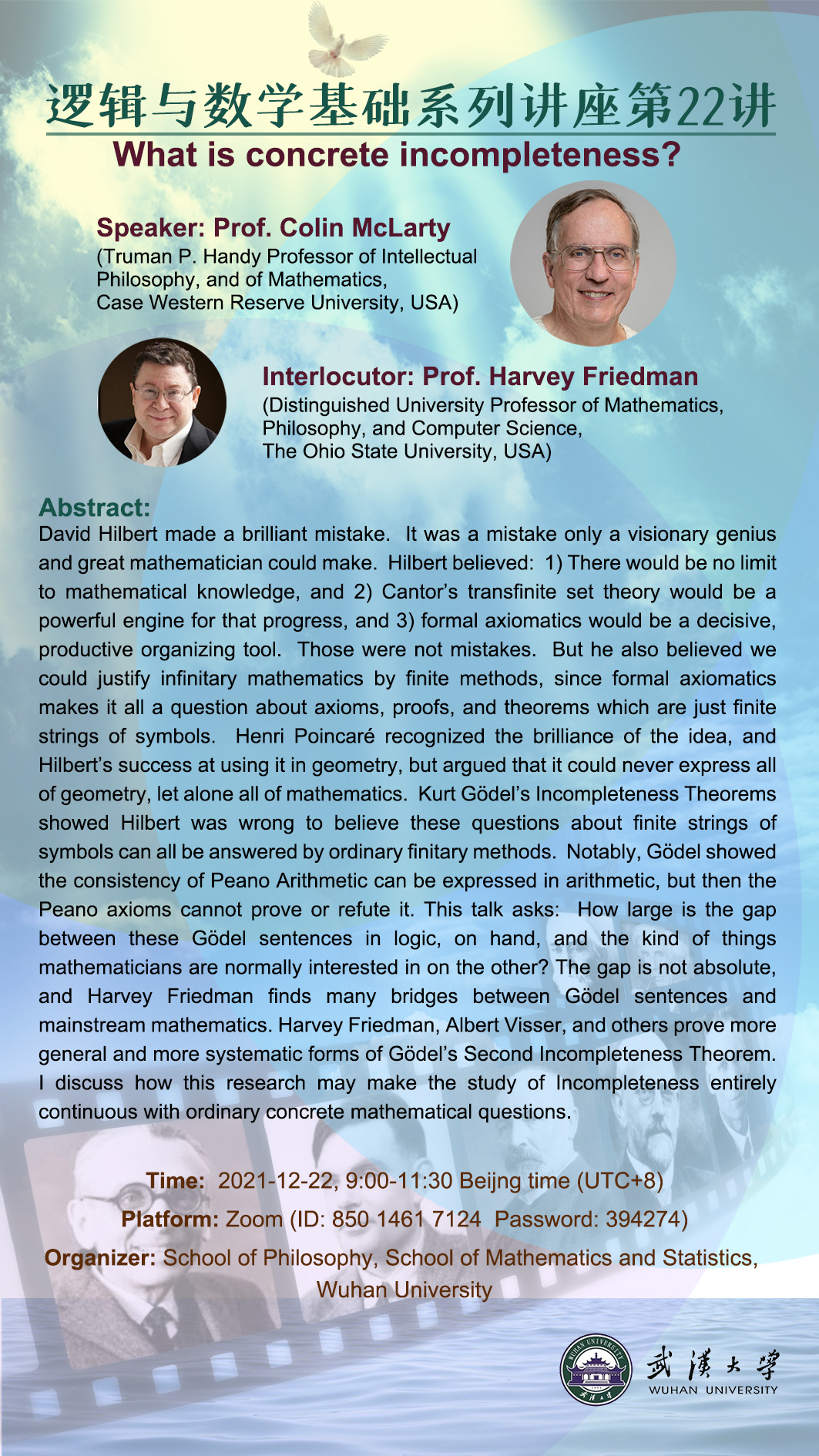 Colin S. McLarty is the Truman P. Handy Professor of Intellectual Philosophy and of Mathematics, at Case Western Reserve University in USA, and the current Chair of the Philosophy Department. He is an American logician whose publications have ranged widely in the foundations of mathematics and philosophy, as well as in the history of science and of mathematics. He is a leading researcher in the field of category theory, and a highly regarded philosopher and historian of mathematics. McLarty worked on establishing that Fermat's Last Theorem can be proven in a setting with much weaker assumptions than the ones used in Wiles' proof, which makes use of involved category theoretical constructions.

Prof. Harvey Friedman is a Distinguished University Professor of Mathematics, Philosophy, and Computer Science at Ohio State University in USA. He was named among “the top 100 scientists in the U.S. under 40” by Science Digest in 1984. Friedman received the Alan T. Waterman Award in 1984. He delivered the Gödel Lectures in 2002, and the Tarski Lectures in 2007.